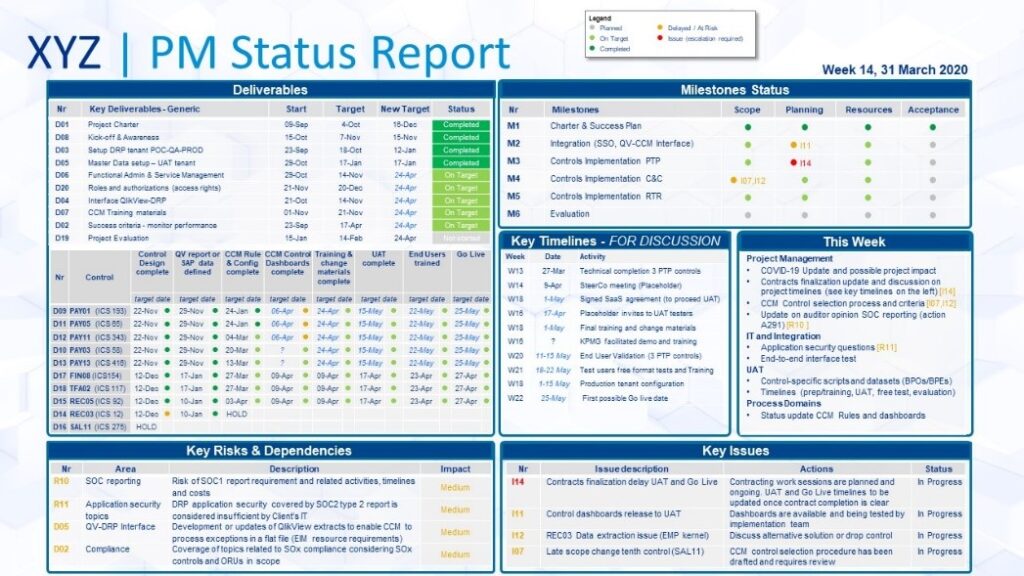 After a the successful completion of a ‘Proof of value’, an international consultancy firm (supplier) started mid 2019 the implementation of a risk management application for a multinational company for medical devices (customer). During the preparation phase, Joost took over the project management role. The previous project manager had laid a good basis with a detailed project plan, stakeholder management and reporting. As the project teams of both the supplier and the customer were working well together in this project set-up, it was necessary to continue in the same way. Joost succeeded to take over the project management role in a very short handover period.

‘With his very structured project management and appreciation for the different cultures in the development teams, our implementation team and the customer, Joost kept the project on track with all stakeholders involved.’ 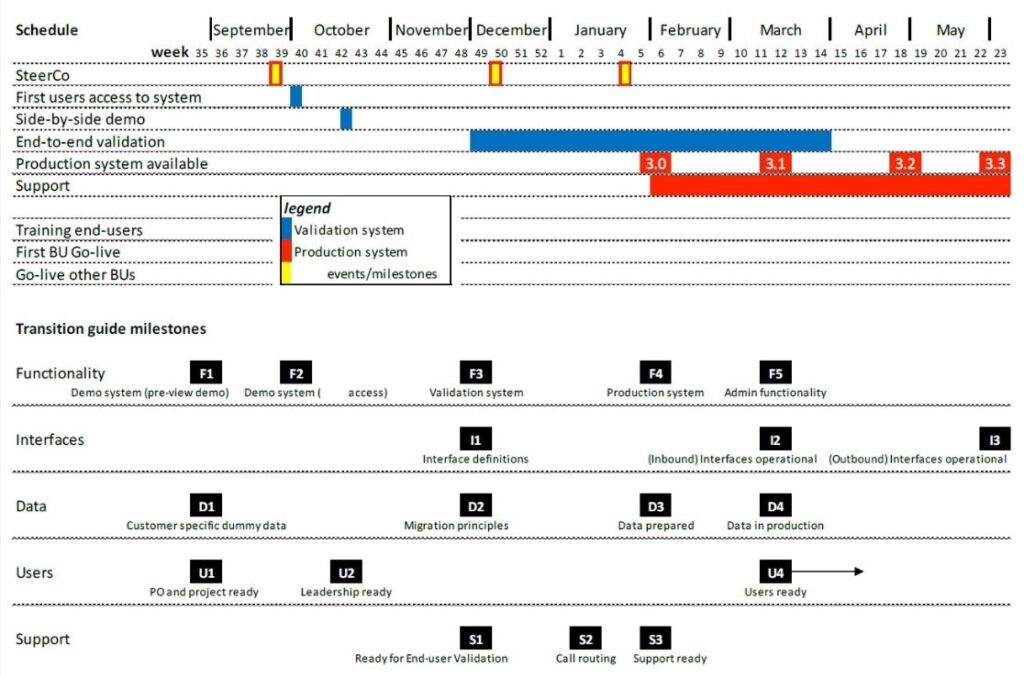 In 2019 an international consultancy firm (supplier) started the transition to a new release of a risk management application for an energy multinational (customer). The objective of the transition was to move the customer to an improved architecture. Joost was assigned the project management role to ensure a structured transition with a clear ‘software as a service’ supplier-customer engagement model. The challenge was to introduce the improved  architecture with new functionality while making sure the operational risk management processes supported by the application where not impacted. A transition guide was agreed with the customer project team covering specific steps to validate that functionality and supported processes matched. The steps included: a demo to agree the supported processes, definition of test cases of this support and finally the execution of these test cases. A successful validation was achieved by making sure both supplier and customer followed the agreed steps with the proper recording of the results. The result was that the customer approved the transition to the new release.

The director of the international consultancy firm (reference available on request)

‘It was definitely a demanding customer and a high paced, multicultural environment. Given these conditions, Joost was able to effectively manage the transition by tapping on his solid organizational skills to ensure a structured and controlled approach. He was also able to effectively lead both the internal team and manage the customer under demanding timelines. Joost was always friendly, but firm with the delivery.I was able to count on Joost to live up to the expectations of our delivery for our customer.’ 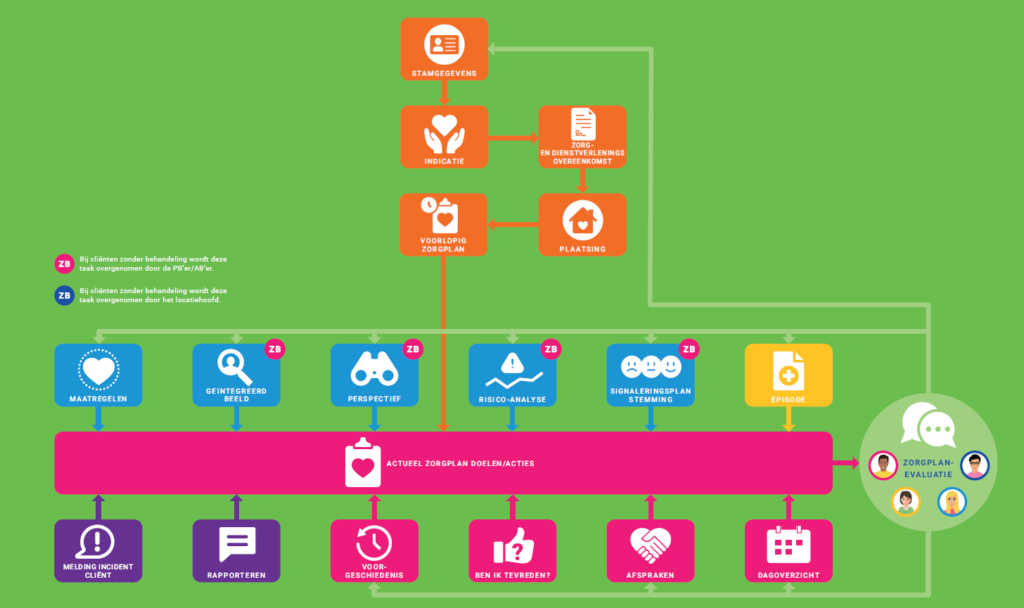 In the Summer of 2008 De Zijlen, an organization for the care of mentally disabled and people with multiple disabilities in the North of The Netherlands, choose to implement a new ECD system (ONS by Nedap). De Zijlen asked ProjectBlauw to manage the implementation. The first challenge was to replace the part for the patient administration before 1 January 2019. When this was achieved, the patient file part was migrated location after location, including giving access for patients to their own file. Due to the intensive guidance by ProjectBlauw, the objectives ‘standard’ and ‘within the set short timeframe’ were met. This was possible because the project focused on the essentials only; the other/additional requirements were collected, but only after thorough consideration, implemented in the phase 2 of the project. In addition to managing the project, ProjectBlauw also supported the handover to support.

‘ProjectBlauw has supported us with specialistic expertise and project management resulting in the successful implementation of a large and complex project. This can be considered quite unique in the world of ICT!’ 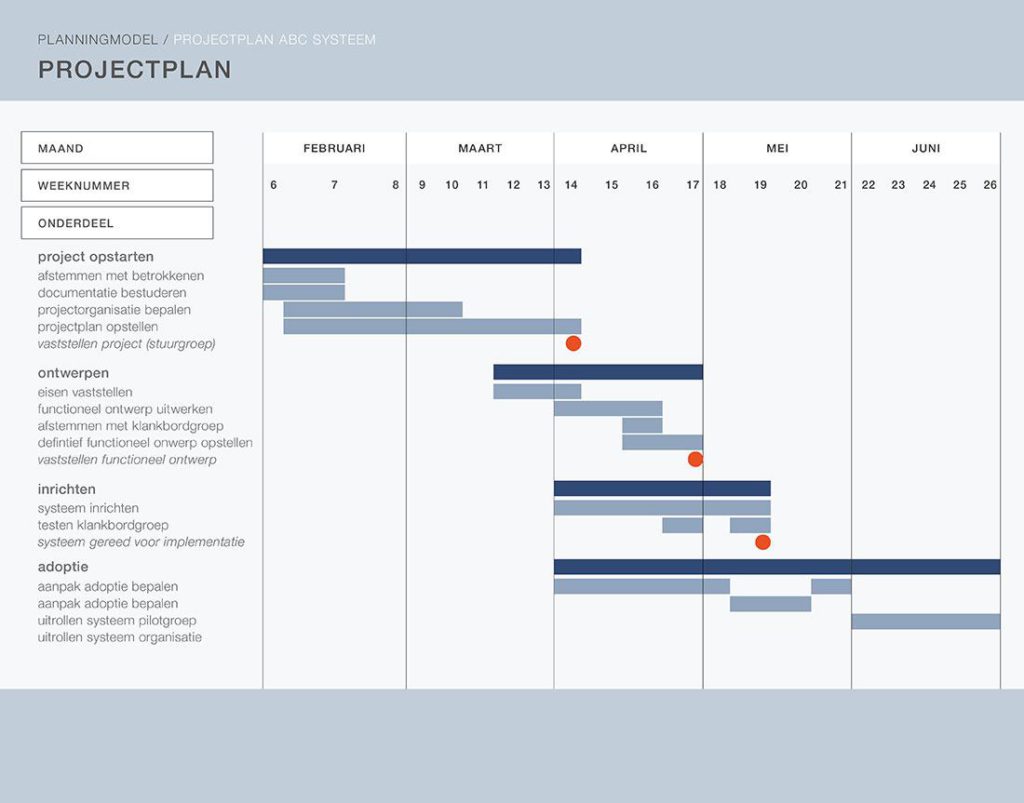 At the end of 2014, Omring, an institution for home healthcare, specialized nursing, treatment and sheltered accommodation in the province of Noord-Holland, faced the challenge of replacing the client administration system with an Electronic Client Filing system (ECD) within 3 months. The ECD also had to be able to support the dossiers of the various forms of care within the organization. Despite the very short timeframe for the transition of the client administration, we first made a proof of concept of the preferred solution before implementing a final solution (for the client administration).

After the completion of the transition of the client administration at the beginning of 2015, the solution for the programme was further extended on the basis of the system’s capabilities as was determined in the proof of concept. The roll-out was done by internal-project managers who were supported by Joost Dudok van Heel. This way, the relationship with the organization (responsible managers and users) was properly maintained, while the work was being done according to a clear planning. This turned out to be the right approach as the roll-out of the programme was completed successfully (i.e. the ECD was well received) and according to plan.

‘Joost was persistent in clearly describing the assignment and the scope of the project. This clarified what did and did not fall within the scope of the project. We were able to fall back on this plan over and over again during the process and it made it possible for us to resist the temptation to digress. This has contributed significantly to the success of the roll-out.‘

In 2014 Ipse de Bruggen, an organization for the care of mentally disabled and people with multiple disabilities in the province of Zuid-Holland, faced the challenge to implement a newly selected ECD system. Their situation was complicated by a large diversity in forms of care that had to be supported by one system. By finetuning the processes for each supported form of care on the one hand and the features of the system on the other, a system configuration that uses a common functionality emerged for all forms of care.

In addition, it was decided to create acceptance of the system already in this finetuning process by broadly involving all parties concerned and having colleagues coach colleagues (the so-called ambassadors). This approach turned out well, which is demonstrated by the fact that the system is used intensively after the roll-out.

‘Joost is a tower of strength during the project. His guidance is clear, he maintains an overview at all times and is a very strong communicator. He is a huge reason why the CVO (Electronic Client filing system) has made a good start.’

‘Joost understands that the wishes of the user are the key elements in the development of software. Communication, Process Efficiency and Creativity are the most important features that make project-based implementation of the CVO possible.’